Hello all!! Today I’m popping in to share a fun pair of cards that I created with the new Nesting Stars Die Set and several pattern paper pads from Waffle Flower Crafts!

To create these cards I first picked out seven sheets of colored paper from Waffle Flowers Half-Half Lines Paper Pads (Unicorn, Enchanted, & Botanical) and trimmed them down to create A2 panels. I then die cut each panel with a star die from the Nesting Star Die Set, starting with the third largest die and then working my way through all the remaining smaller dies. Next, I set all the stars aside and stacked the panels one on top of the other to create a well and then adhered them together.

I then die cut an A2 panel of white cardstock with the second largest star die and then a stitched A2 panel die. Next, I adhered the panel over an A2 panel of acetate, then filled my well with star confetti, and adhered my acetate/white cardstock panel on top. I then finished this card with a sentiment I created with the Magnolia Stamp Set, stamped in Versafine and trimmed down to a strip.

For my second card, I grabbed the stars I set aside from die cutting the panels for the first card. Then I die cut another sheet of colored paper (light purple from the, Unicorn-Line Paper Pad) with the second largest die from the Nesting Stars Die Set.

Then starting with the largest star, I stacked the stars on top of each other but slightly off-set to create a slightly different look. I the adhered the stacked stars onto an A2 panel of white cardstock cut with a stitched border die and then finished the card with a sentiment created with the Magnolia Stamp Set.

I hope enjoyed my cards and video! Thank you so much for stopping by! 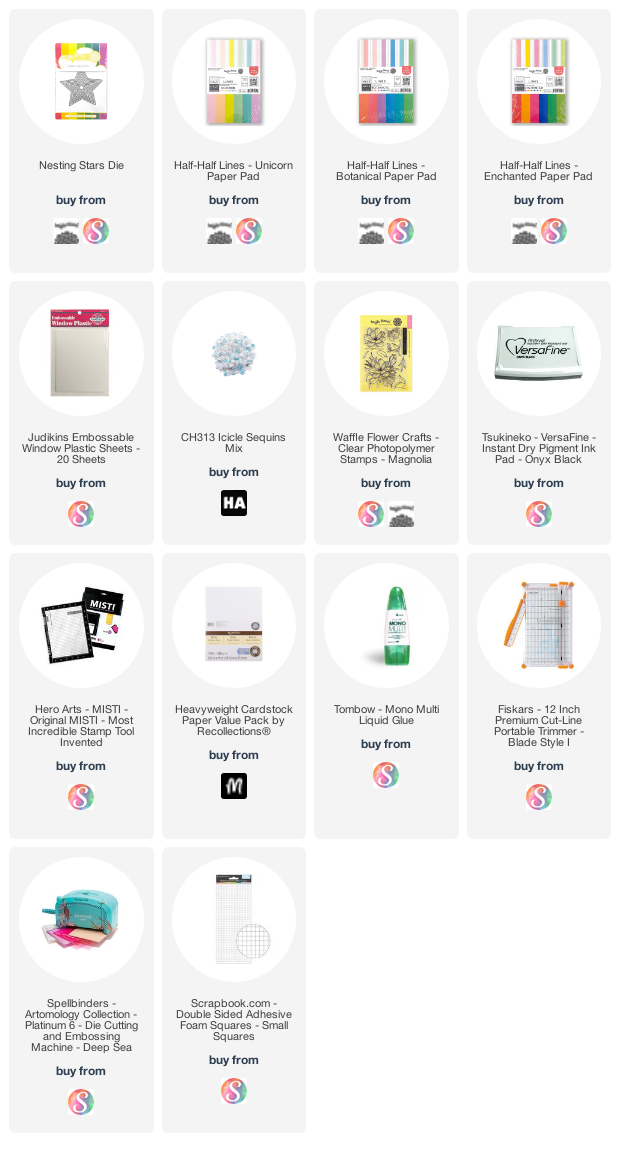 Join 429 other followers
Follow Crafts by Channin on WordPress.com