Hello friends!! It’s time for another Hero Arts monthly release and blog hop! There are so many wonderful new stamps and dies in this release but oh boy is this month’s kit  incredible! 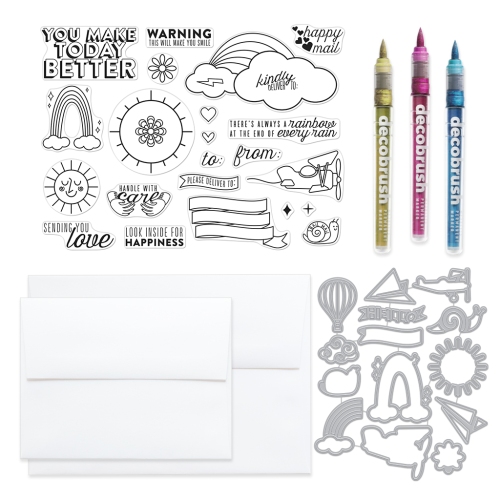 I created a couple of cards with primarily the kit and I can not wait a moment longer to share them with you! 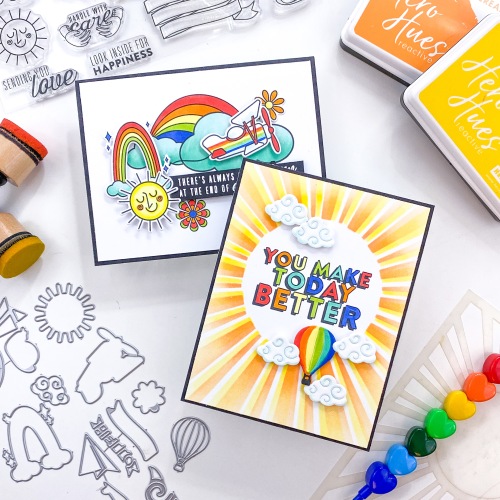 For my first card, I first created the background using the new Sun Background Stencil, the only new product I used outside of the kit. I ink blended first with Lemon Drop Reactive Ink onto a 4 1/8″ x 5 3/8″ panel of white cardstock. I then shifted the stencil slightly and ink blended with Creamsicle Reactive Ink. 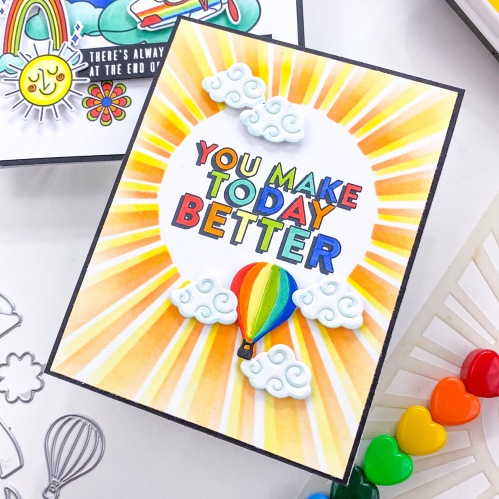 When I had finished the background, I then stamped the sentiment from the kit in Intens-ified Black Ink and then copic colored the letters (R17, YR04, Y11, YG03, BG34, B26). Next, I die cut a hot air ballon as well as several clouds out of white cardstock. I then copic colored the die cuts (balloon: R17, YR04, Y11, YG03, BG34, B26, 100; clouds: BG10) and added foam squares. I then finished the card by adhering the panel onto an A2 top-folding card base made from black cardstock and then adhering the diecuts.

For my next card, I started by stamping several images (small rainbow, sun, flower, and plane) with coordinating dies onto white cardstock in Intens-ified Black. I then copic colored (R17, YR04, Y11 + Y06, YG03, BG10 + BG34, B26) the images (and die cut them out with their matching dies. Next, I stamped a 4 1/8″ x 5 3/8″ panel of white cardstock with a the large rainbow, other flower, and plane and then copic colored the flower, rainbow, and clouds.

I then stamped and white heat embossed a sentiment from the set onto black cardstock. I then trimmed the sentiment down and added foam tape. I then finished the card by adhering the panel onto an A2 top-folding black cardbase and then adhered the sentiment and die cuts with either foam tape or liquid glue.

And that’s it! I hope you enjoyed by my cards! Thank you so much for stopping by!

Hero Arts will give away one $50 gift card, drawn from the comments left across the hop. Enter by Sunday, May 10th at 11:59pm pacific, and the winner will be announced on the Hero Arts blog the following week. 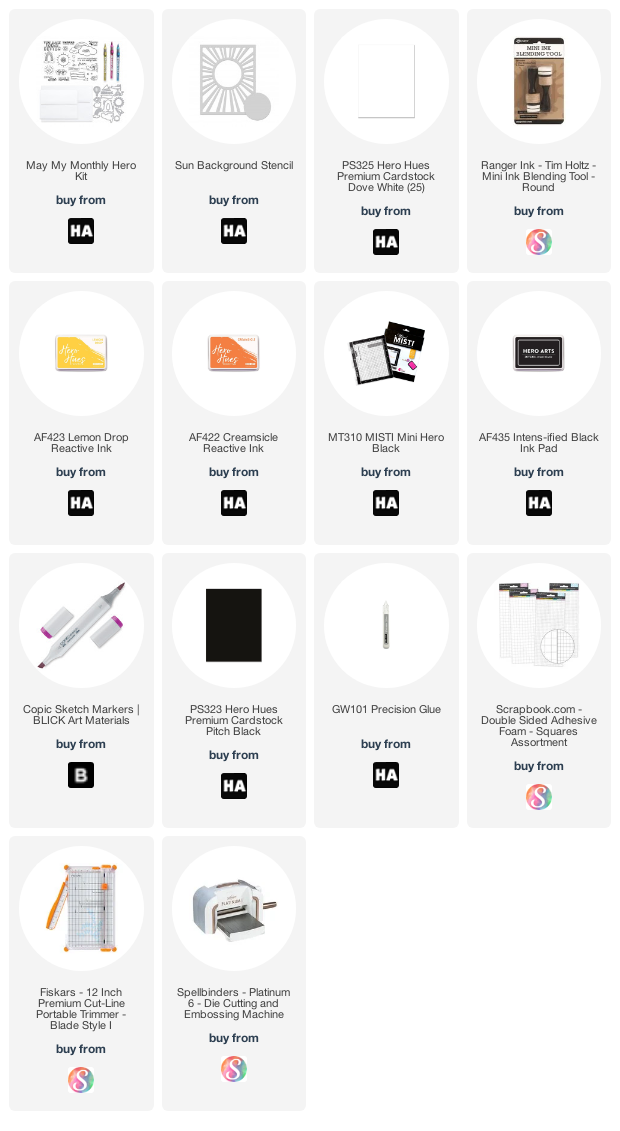 95 thoughts on “May My Monthly Hero Release and Blog Hop”

Join 418 other followers
Follow Crafts by Channin on WordPress.com